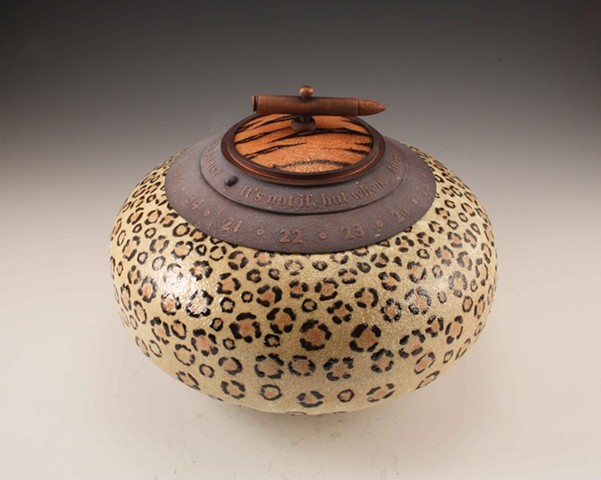 "Extinction Vessel #8: Last One." The pattern on the enameled surface of the vessel obviously reflects the coat of a leopard and the pattern on the lid is from a tiger. But more specifically the Amur Leopard and the Amur Tiger, both native to Eastern Russia, Northern China and North Korea. They are among the most endangered big cats in the world. This is due to habitat reduction, hunting and wildlife trade. The handle on the lid of this piece is also a spinner. There are numbers etched around the band listing numbers from 21 through 34. These refer to the years when these animals will likely be extinct. The haiku around the lid reads:

It's not if, but when. After the last one is gone, Who then will miss us?